The History of T-shirts

The History of T-shirts

T-shirts come in different styles, colors, and sizes, to suit the unique tastes of global citizens. But something we rarely think about is the history of t-shirts how did the t-shirt originally come into being?

T-shirts were originally worn by veteran men as undergarment beneath their uniforms, but have since evolved to become a tool for branding and self-expression.

Here’s the history of t-shirts, and how they’ve evolved throughout the years.

The Beginning of the T-shirt: The Earlier Years

T-shirts were first introduced in United States sometime around the time of the Spanish World War. They were given to members of the U.S. Navy to be worn as undergarment beneath their uniforms. 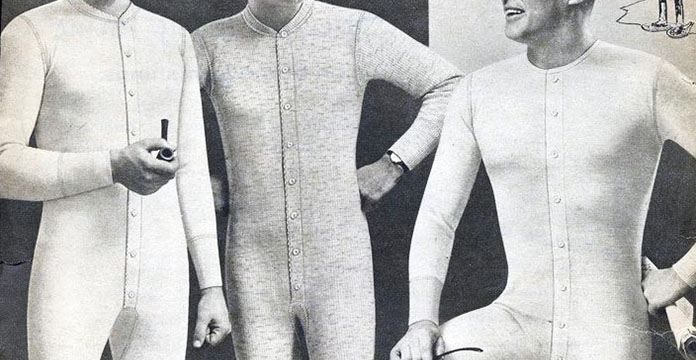 Previously called a union suit, the first form of t-shirt was from New York. A union suit was a one-piece garment in white color with buttons in front. Nowadays, we’d probably call it a onesie, despite the fact that it’s used as an undergarment and is tighter and more close fitting than it’s modern counterpart. After the union suit started to gain in popularity, textile company P.H. Hanes Knitting released their own version of the garment in 1902. Instead of a one-piece, it changed into a two-piece undergarment that looked much like a union suit, but was shorter in length. 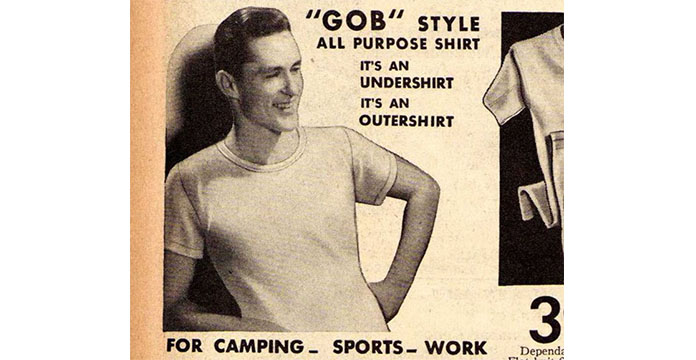 In 1938, Sears launched their own version of the early t-shirt which they called a gob shirt. It was similar to a modern plain t-shirt, and could be worn as undergarment, as well as an outer garment. Soon enough, t-shirts were gaining in popularity, and Hollywood saw potential with this emerging garment. T-shirts became even more popular with the public when actor Marlon Brando sported the garment in the movie A Street Car Named Desire. These influences caused t-shirts to gain more attention and become trendy as a fashionable outer garment. 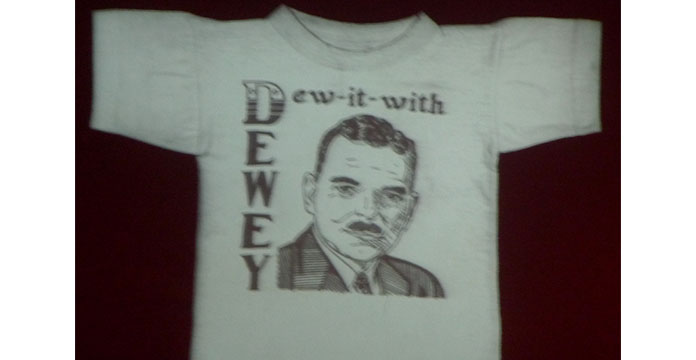 Perhaps the first use of t-shirts as a promotional medium (or at least the oldest t-shirt with a printed slogan) was in 1948, when presidential candidate Governor Thomas E. Dewey printed the slogan “Dew-It with Dewey” on t-shirts during his campaign. You can see one of the original t-shirts for yourself at The Smithsonian Institute, which has it on permanent display. 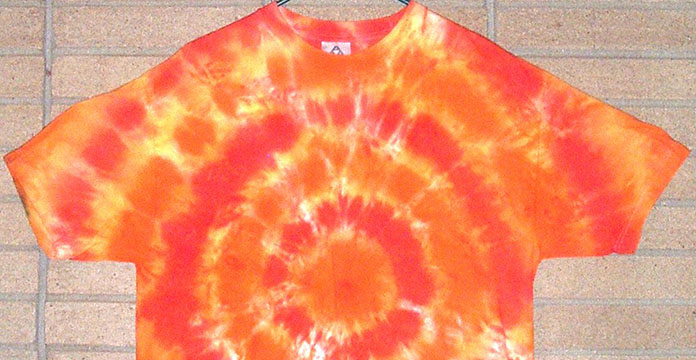 In the 1960s, printing and tie-dying emerged soon after plastisol was invented. It was during this decade that wearing different bright colors and patterns became a very popular fashion trend. T-shirts became a means of self-expression through various art prints, such as those used for slogans or protests, and others for commercial ads. 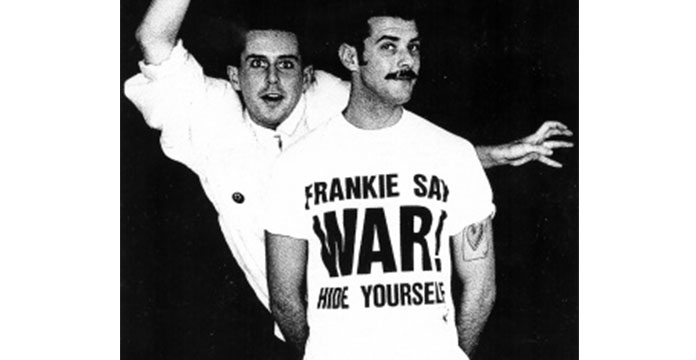 In the 1970s and 1980s, customized t-shirts were on the rise. Along with growing demand, new methods had been invented to make the process of t-shirt printing easier, like the litho-transfer. During this time period, on-the-spot printing became possible at various establishments, thanks to the emergence of mall shopping centers.

More and more companies and musicians found t-shirts to be a powerful tool for sales and branding. You may be familiar with notable shirt designs like happy face t-shirts, The Rolling Stone’s logo, and tie-dyed pattern tees.

T-shirts in the Present Day: The Internet Era

Today, t-shirts are more trendy and fashionable than ever, depending on how you want to wear them and how they fit into your own personal style.

Using current technology, there are many more ways to print and produce t-shirts. Also, the modern way of printing t-shirts is much easier and faster. And as long as we have Internet access, we always have access to different designs (and inspiration!)

Custom made shirts have become a regular branding tool, not just for companies, but for people in various situations such as:

Across the history of t-shirts, the wardrobe staple has certainly evolved from its original purpose, and is now a great and flexible tool for self expression.

Do you have any other fun ideas? You can get one for your dad by providing your own art on the T-shirt! Custom T-shirt.

But please contact me if you have any problems with your order.

The following items can’t be returned

Because of the nature of these items, unless they arrive damaged or defective, I can’t accept returns for: